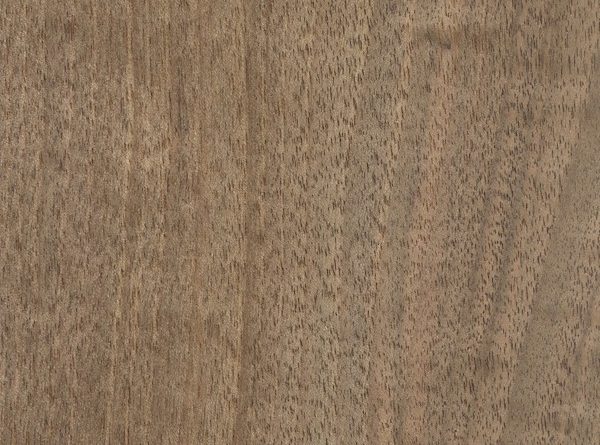 Walnut Hardwood is a large classification for lumber, with multitudinous species forming its group.

Growing around 150 feet tall, African Walnut grows in the western tropics of the African continent. The wood maintains a sometimes gold or red hue, but its veins are often very dark. It is largely exported as a veneer rather than as a dimensional lumber, and can also be used to make plywood. Its uses largely include floors and furnishings such as cabinets.

Also referred to as Claro Walnut or California Walnut, this species is very small at only a little over fifty feet. Despite this, its trunk is actually up to a foot wider than that of African Walnut which is almost three times its height. The color ranges between various shades of brown, sometimes a pale mocha and other times a deep cocoa. Like African Walnut, Bastogne Walnut is streaked with darker shades. Its lumber is not too readily available, but hosts a variety of applications. These include veneers and cabinetry as well as specialty items such as instruments and guns.

At a height of about 120 feet, this tree of varied color has almost jet black streaks. Its texture is not particularly rough nor incredibly smooth, but it can be finished to acquire a much smoother texture than normal. Not particularly common, it still grows in a variety of grain types and runs from low grades to much clearer ones. Often used for veneers, Black Walnut can be used for flooring and paneling as well as cabinetry and guns.

Indigenous to the American tropics, this species sees a great deal of commercial application. Growing to be around one hundred feet tall, Brazilian Walnut is among the most varied species in its class in terms of color. It can be golden, olive, red, or even closer to black. Its streaks are darker than other species, and it is reasonably priced thanks to its common growth. Used often in veneers, this common and cost-effective lumber is applied in the use of indoor floors and outdoor decks and well as dimensional construction lumber and smaller items such as tools.

Also called Sabicu, Tzalam, or False Tamarind, this wood comes from very small (65 feet) trees which spring up around Central American regions such as southern Mexico. The color is fairly standard, but sometimes tinted purple or red. It is common enough to be priced effectively and used in many novelty items as well as floors and furniture, not to mention veneers.

This species grows predominantly in regions of western Asia and, more predictably, Europe. The coloring is generally brown but ranges in shade from a pale, lighter color to a much darker one. Veneers can often be found, but this wood is not as likely to be seen as dimensional lumber due to its fairly high pricing. The tree itself grows to around 115 feet high and has a six-foot width. Used often in cabinetry and furnishings, this wood can be used for indoor paneling as well as guns.

This species is largely grown in Central and South American regions, a very small tree with only sixty-foot vertical measurements and three-foot diameters. The color is a very dark, chocolaty brown. Peruvian Walnut is not the most cost-effective species out there, but is still used fairly widely with traditional applications such as floors, cabinets, and furnishings, as well as instruments. Like most species of walnut tree, it can also be used to make veneers. This species also bears the scientific names of Juglans Australis and Juglans Olanchana, and is sometimes commonly referred to as Tropical Walnut.

True to its name, this species grows primarily around Queensland in Australia and is one of the taller species of its genus at about 140 feet, with a breadth of six feet across. The color can range from a deeper brown to a lighter pink and, unlike other species which mostly have dark streaks, can be streaked with not only black or grey but green and pink as well. A fairly attractive wood, Queensland Walnut can be used in floors, cabinets and furnishings as well as veneers.

At a growth of about one hundred feet tall and about three feet across, this North American species is largely found in the eastern states. As the name suggests, its coloring is very light. While sometimes sporting a red hue, the wood is generally a lighter tan. Reasonably priced due to its common nature, White Walnut is used in crates as well as interior trim and furnishings. A common veneer, White Walnut is also used in decorative wooden carvings.