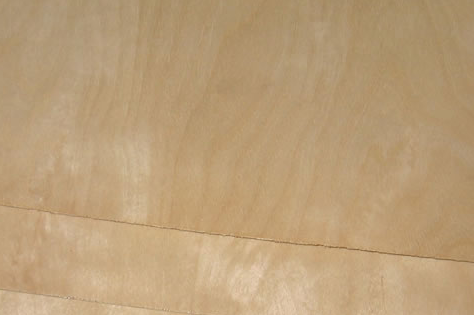 The term “aircraft plywood” is not a deceptive title. It is, as the name would suggest, plywood that is made almost exclusively for use in airplanes. This means that it has to be incredibly strong, as well as able to handle a variety of high-altitude climates. While it does not necessarily have a wide range of uses outside the world of aviation, it is still somewhat versatile in the number of aircraft parts that it can be used to make.

A few different types of bonded wood can be used to make aircraft plywood. The two most common are American birch and African mahogany. Walnut, spruce, and maple are also relatively popular. While incredibly strong adhesives are used in this process, it is not as simple as applying the glue and setting the veneers. Manufacturers actually employ a hot press in the creation of aircraft plywood, and the veneers are bonded to a suitable core. This core is usually made from a strong type of hardwood, often poplar. It is also common to use basswood. Basswood is suitable for aircraft purposes, but is not quite as strong as the hardwood bonded to it. It is more flexible, allowing for a core that is able to adjust somewhat to varying temperatures at high altitudes.
Once aircraft plywood has been manufactured, it is time to test it. MIL-P-6070 is the military specification for aircraft plywood such as basswood. This specification has very specific testing requirements, which makes sense given that badly manufactured aircraft plywood could prove fatal to anyone at the helm of an aircraft with a plywood fuselage. To ensure its stability, it must be boiled in water for at least three hours. As long as it maintains adhesion, it is generally considered to be flight-ready. While it is possible that not all aircraft plywood is manufactured to meet this specification, many manufacturers who follow these specs will include this fact in their product information.

Most types of aircraft plywood came about in the 1940s, when the Germans and the Allied forces were coming up with new technologies to increase their capabilities for aerial warfare. Today, plywood is still used in a number of different aircraft parts. It can be used to create a fuselage, wing spars, or just about any other external aircraft part. In fact, at one point during the Second World War, a plywood monocoque was even used to construct the entire external structure of a multi-role combat aircraft series. The de Havilland Mosquito was one of the first air-based vehicles to be created in this manner. This type of aircraft construction can help to reduce drag, allowing for much faster air travel (useful for small planes meant to be somewhat agile).


As previously stated, aircraft plywood is used almost exclusively for airplanes; however, since aircraft plywood is essentially just a very strong and well-manufactured composite material, it can be used for other purposes in which quality manufacturing is desired. Such purposes may include boats, automobiles, or even small-scale models of airplanes and other vehicles. It is also easy to apply paint and finishing materials, so it can also be used in arts and crafts, as well as children’s toys and dollhouses. These same qualities make it fairly useful for various furnishings as well.

Aircraft plywood may be geared toward a specific use, but like most types of plywood it can still be somewhat versatile in terms of function. Once used primarily for aerial warfare, it has become more of a craftsman’s tool over time. Those seeking to build their own aircraft, be it a small-scale model or a full-sized operational replica plane, will find aircraft plywood relatively easy to work with as well as suitable for painting and other forms of redesign.